Wim Wenders is a prolific German filmmaker, screenwriter, playwright, author, and photographer and one of the key figures in the 1970s New German Cinema movement.

He is considered to be one of the most important figures in contemporary European film having won the Palme d’Or in Cannes in 1984 for his film Paris, Texas and has been nominated three times for Best Documentary at the Academy Awards for Pina, The Salt of the Earth and Buena Vista Social Club respectively. Wenders has collaborated with many of the most influential filmmakers and artists, from Michelangelo Antonioni and Nicholas Ray to Pina Bausch and Yohji Yamamoto. The films cross genres and forms and have been influenced by European and American filmmaking traditions. In 2012 he created the Wim Wenders Foundation which brings together his lifework, supports young talent and transmits film knowledge to young audiences. Up to now, the Foundation has digitally restored 20 of his films.

Kino Dreams is the first retrospective of Wenders’ films and the first chance for Maltese audiences to experience the 4K restorations of Wings of Desire, The American Friend and Kings of The Road.

Wim Wenders’ recording of the Cuban all-stars band helped introduce the world to these consummately gifted and charismatic performers.

In 1996, Ry Cooder helped bring together a group of legendary Cuban musicians under the banner of Buena Vista Social Club, the name of a popular 1940s members bar in the Buenavista quarter of Havana. Amongst the performers were guitarist and singer Compay Segundo, pianist Rúben Gonzalez, singer Ibrahim Ferrer, singer and guitarist Eliades Ochoa and singer Omara Portuondo. Their eponymous album, released in 1997, was a huge hit. On the announcement of a world tour, Wenders joined the band, recording them in concert.

Cooder had previously worked with Wenders on the evocative score for the director’s 1984 road movie Paris, Texas. Here, Wenders intersperses his record of the concerts with personal reminiscences by the band of their early years as musicians and performers in Batistsa’s pre-revolutionary Cuba and what life was like under Castro’s regime. What emerges is a riveting combination of music by a veteran band still at the top of their game and a fascinating personal insight into the history of a country. 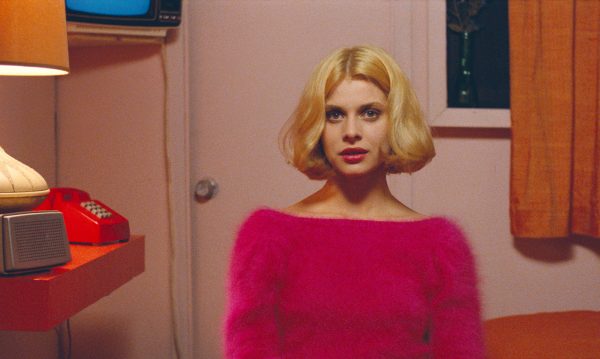 Both a road movie and a mystery, and featuring a sublime score by Ry Cooder, Wim Wenders’ Cannes winner is the pinnacle of the filmmaker’s career.

Harry Dean Stanton plays Travis Henderson, who walks out of the desert after disappearing for four years. He is picked up by his brother Walt (Dean Stockwell), who with his wife Anne (Aurore Clément) have been looking after Travis’ son Hunter (Hunter Carson). A man ill at ease in everyday life, Travis feels the need to search for his ex, Jane (Nastassja Kinski), who left him some years before. In doing so, he attempts to bring his family back together, with unexpected results.

Paris, Texas is the summation of Wenders’ fascination with the American West – its landscape and the people who populate it. Stanton’s grizzled face says more than any words could convey, his silence accentuating his feelings of dislocation from the modern world. Instead, Ry Cooder’s music, heavily influenced by Blind Willie Johnson’s blues standard ‘Dark Was the Night, Cold Was the Ground’, along with Robby Müller’s stunning cinematography, transpose Travis’ emotional and physical journey upon the vast sights and sounds of the American landscape. The script, co-written by L.M. Kit Carson and acclaimed playwright Sam Shepard, plays with the notion of myth, country and character – a place always out of reach or a relationship consigned to the past. It’s a potent idea that Wenders’ film brilliantly embraces. 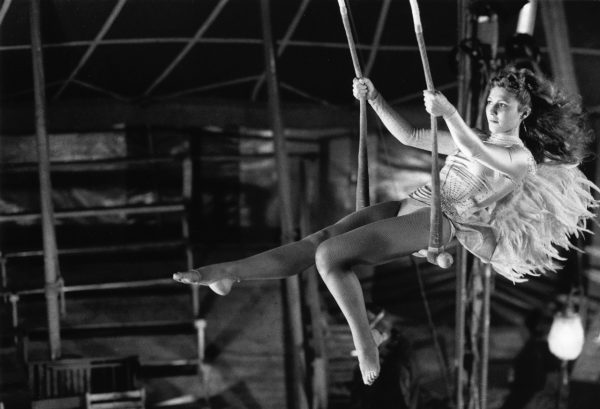 This remastered version of Wim Wenders’ heart-breaking Berlin masterpiece is a glorious love letter to a city and a time capsule of a bygone era.

Damiel (Bruno Ganz at his best) is one of a legion of angels who watches over the lives of residents in a divided city. Set towards the end of the 1980s, before the Berlin Wall came down, the film charts Damiel’s desire to feel, just as the subjects he watches over do. In particular, he is enraptured by Solveig Dommartin’s Marion, an acrobat in a circus. Although it is only children who can see the angels, Marion is faintly aware of Damiel’s presence. As is Peter Falk’s actor, filming on location in the city, who has a past that links him with the otherworldly guardians.

Outside the central romance, the richness of Wenders’ film lies in the snapshots of the lives of Berlin’s populace – individuals who exist on the periphery of the narrative but who inform Damiel’s desire to achieve a human state. Wenders’ camera flies above the city (the film’s original German title is literally translated as _The Sky Over Berlin_), capturing these lives in motion, as Damiel’s fellow angel Cassiel (Otto Sander) reminds his friend of what he will lose by achieving a mortal state. Mirroring the shift between colour and black and white first employed by Michael Powell and Emeric Pressburger’s 1946 drama _A Matter of Life and Death_, _Wings of Desire_ matches that film’s magical aura – not just in its subject matter, but as a work of transcendent cinema.

Alice In The Cities 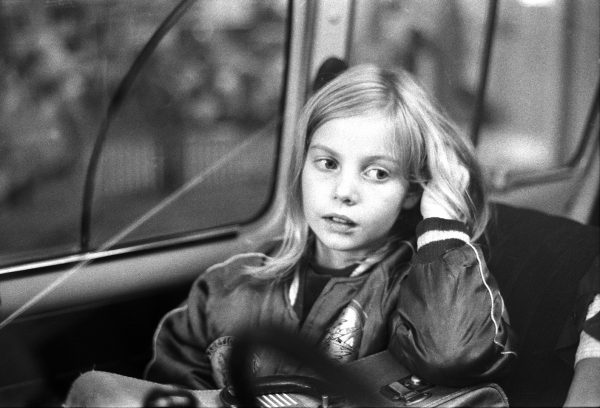 A photographer finds himself saddled with a young girl whom he must return home, in Wim Wenders’ international breakthrough.

Philip Winter (Wenders regular Rüdiger Vogler) is at a New York airport when he encounters a young mother. Before he knows it, he is stuck with the woman’s nine-year-old daughter (Yella Rottländer), with no information regarding where in Germany she lives. Arriving home, the photographer and his young charge make their way around the country in an attempt to return her to her family. Philip and Alice’s bond grows stronger as he documents the way the German landscape has changed, emerging from the decades-long impact of the Second World War.

The first entry in Wenders’ loose road trilogy – it was followed by _Wrong Movement_ and _Kings of the Road_ – is one of his most charming films. Vogler is at his charismatic best, and Rottländer proved herself to be a strong screen presence. A stunning European road movie – a genre that for so long was dominated by US film production – Wenders’ drama is as spirited as it is evocative.

Kings Of The Road 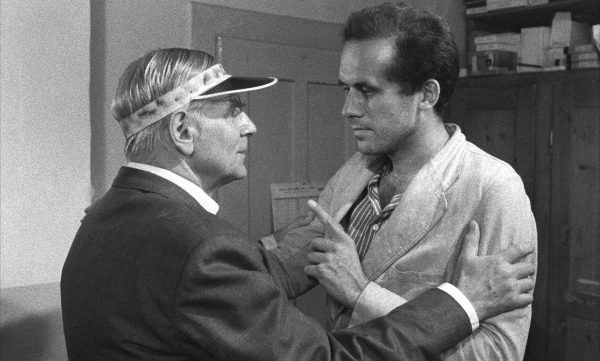 An unsettling encounter between two strangers opens this epic road movie, one of cinema’s most fascinating portraits of male friendship.

A car races along a road, ending up in a shallow pond. Its distraught driver emerges, soaking wet. Robert (Hanns Zischler) is picked up by cinema projection engineer Bruno (Rüdiger Vogler). They initially travel together in order for Robert’s clothes to dry out, but an unspoken bond is formed between the two and some friendly help transforms into something deeper.

Wenders’ film works on various levels. It is a visually striking portrait of Germany – both its countryside, and the towns and cities the two men travel through. It is a rumination on the state of cinema, of a transformation from a classic era through to a modern, more divisive style. And it is a study of purely platonic friendship between two men. The ease Bruno and Robert quickly feel in each other’s company is a rare sight in cinema. But Wenders asks of this relationship, like so many other elements in his film, how long can such a situation last before progress forces it to move forward or come to an end? With its unhurried pace – yet moving swiftly through the three-hour running time – Kings of the Road is now regarded as one of the essential European films of the 1970s and a one of the great German films of the last 50 years. It is also a key film in Wim Wenders’ accomplished body of work. 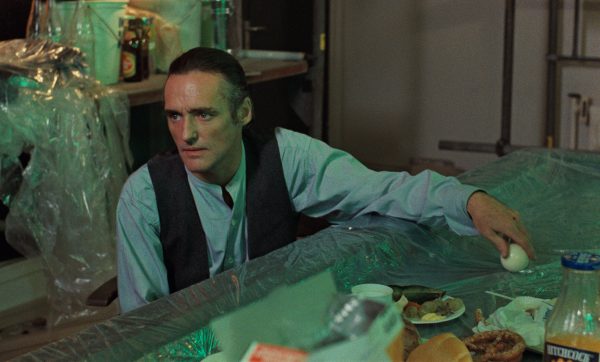 This adaptation of Patricia Highsmith’s Ripley’s Game is dominated by the electric interplay of Bruno Ganz and Dennis Hopper.

Ganz plays Jonathan Zimmermann, a picture framer with a terminal medical condition. Through a series of encounters and machinations, he accepts money to kill a criminal in order to support his family after his death. He is aided by Tom Ripley (Hopper), an art forger. Unbeknown to Jonathan, Ripley is behind all the plans. However, the criminal and borderline sociopath’s feelings towards Jonathan eventually change and he feels a responsibility to take care of his new friend.

Wenders’ neo-noir is a far cry from the previous adaptation of a novel featuring Highsmith’s most famous character. René Clément’s Plein Soleil, a 1960 adaptation of The Talented Mr. Ripley was all sun and glamour. (As was Anthony Minghella’s 1999 version.) Wenders’ take on the third novel in the Ripley series – which also used an element of the plot from the second, Ripley Under Ground – is grittier. And in Dennis Hopper, Ripley is a far more unsettling figure. The actor allegedly arrived on set high as a kite and was not the easiest person to work with. But his performance exudes a menace that Hopper would later develop into the terrifying presence that is Frank, the psychopath who dominates David Lynch’s Blue Velvet. Ganz, by contrast, plays Jonathan with a subtlety that makes his transformation as the story progresses all the more unsettling. Their odd-couple relationship is the lynchpin of the film, one of the few adaptations of her work that Highsmith admired.

The Salt Of The Earth 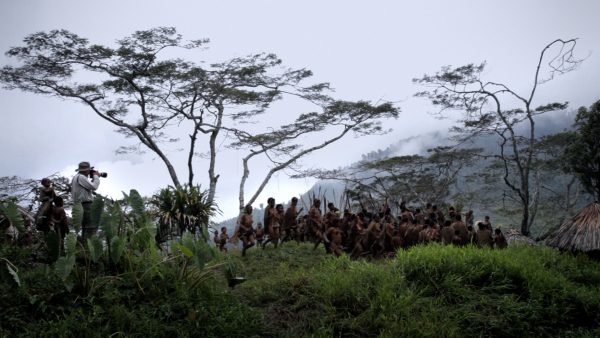 For the last 40 years, acclaimed photographer Sebastião Salgado has travelled the world, tracing the footsteps of an ever-changing humanity. He has witnessed and documented many of the major events of our times, taking in wars, famine, genocide and exodus.

But now he is embarking on a new journey: to discover pristine territories, grandiose landscapes and wild nature as part of a huge photographic tribute to the planet’s beauty.

Salgado’s accomplished, moving work and his inspirational life are revealed to us in this Oscar-nominated documentary by his son, Juliano Salgado, and world-renowned filmmaker Wim Wenders (Buena Vista Social Club, Wings of Desire, Paris, Texas, Pina), himself an avid photographer. Powerful, affecting and truly profound, ‘The Salt of the Earth’ is not just a portrait of a great artist but one of life itself.

Nominated for the 2012 Oscar for Best Documentary and 2012 BAFTA for Best Film Not in the English Language, acclaimed German auteur Wim Wenders’ (‘Paris, Texas’, ‘The Buena Vista Social Club’) ‘Pina’ is revolutionary film that captures the aesthetic of Bausch’s greatest works in an utterly thrilling way. Legendary dancer and choreographer Pina Bausch’s unique creations transformed the language of dance, offering visual and emotional experiences like no other. A feast for the senses, ‘Pina’ is a moving, immersive and beautifully shot tribute to modern dance.