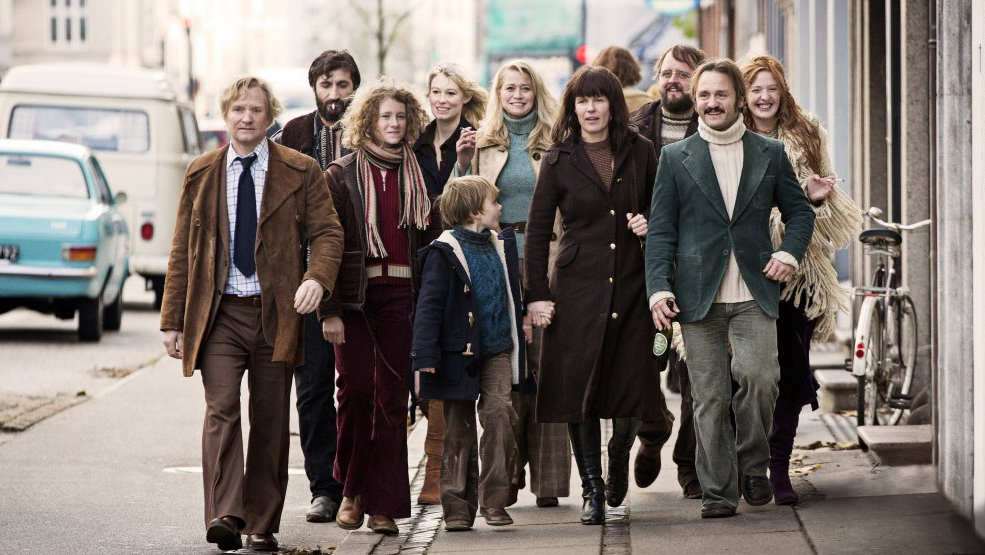 Featuring as part of the First European Cinema Day

“450 square metres is too big. The difference between living together and not is that you can feel, see and hear each other.”
The Commune

Inspired by his own personal experiences, the Dogme 95 veteran and Danish director, Thomas Vinterberg powers a new comedy-drama about human relationships and the unstable foundations of group living.

In the early 1970s, successful professor of architecture, Erik, inherits a large mansion in suburban Copenhagen and decides to set up a commune with his wife Anna and daughter Freja. Together they invite friends, acquaintances and strangers to live with them, creating a melting pot of left-wing ideas and new familial bonds. But when Erik begins an affair with Emma, a beautiful young student from his course, the spirit of free love that formed the foundations of the commune will threaten to bring it all tumbling down.

The First European Cinema Day is an initiative of Art Cinema CICAE in collaboration with Spazju Kreattiv, and is supported by Ms Monika Grütters, the Minister of State to the Federal Chancellor and Federal Government Commissioner for Culture and the Media (Germany); Ms Audrey Azoulay, the Minister of Culture and Communication (France); Wim Wenders, Juliette Binoche, Nanni Moretti