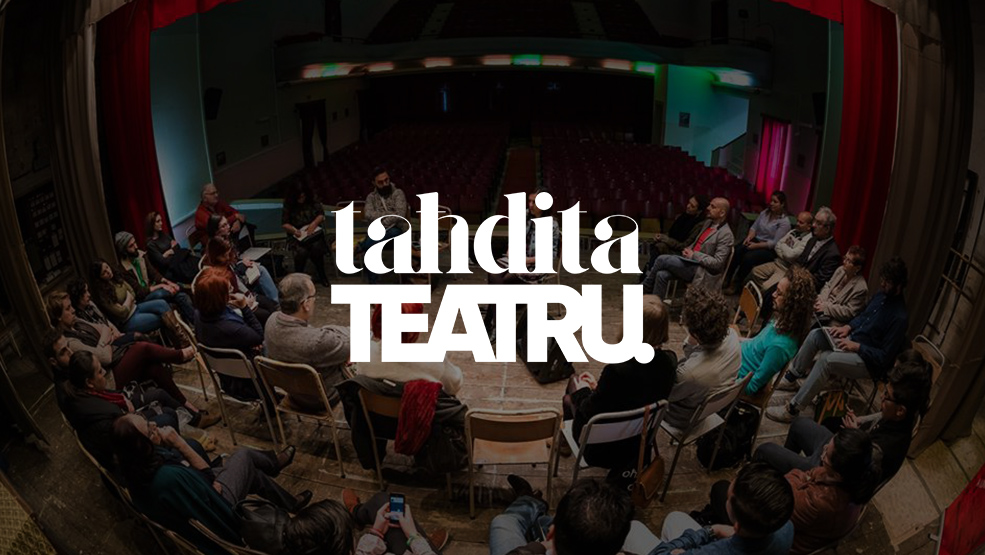 Teatru Malta and Spazju Kreattiv team up for another season of TAĦDITA TEATRU, which aims to listen, archive, document, and debate contemporary theatre in Malta.

Developed around and focused on both the Teatru Malta and the Spazju Kreattiv theatre programmes, the series will create a space for engagement and community discussion between creatives and the public to applaud, share and network.

Each event forming part of this series aims to mould the experience of both viewer and maker into a culturally sustainable body of documentation, which will focus on exploration and critical analysis.

The Taħdita Teatru will evaluate the reinterpretation of the traditional passion play within the framework of the Spazju Kreattiv programme, also focusing on the creative process and the development of this concept throughout the past years.  The discussion will be moderated by Spazju Kreattiv’s Artistic Director, Dr Toni Sant, and the panel members will be Producers/Directors Joseph Galea and Carlos Farrugia.

The panel will be made up of Simone Spiteri (writer, director) and Dr Marco Galea (senior lecturer in Theatre Studies), and moderated by Toni Attard.  We’ll be discussing Simone’s comeback into writing theatre for adult audience together with Dù Theatre’s journey of theatre making throughout the years as they celebrate their 15 year anniversary.

Join us for a post-show discussion focusing on the creative process behind this original piece for teens, the element of mentoring, and bringing the text to life in all aspects of production.  The discussion will be moderated by Stephanie Bonnici and Clare Azzopardi will be among the panel members.

The first Taħdita Teatru for this season will follow the first performance of The Acrobat, written by Adrian Buckle and directed by Stephen Oliver.  This discussion, moderated by Pia Zammit, will delve into the creative process behind the adaptation of Agnes Moon’s romantic comedy novel for theatre.

Listen to the discussion here:

Spazju Kreattiv and Teatru Malta invite you to another initiative from the Taħdita Teatru series, this time focusing on Spazju Kreattiv’s first co-production of the season: De-Terminated. Join us for a Q&A led by Ramona Depares (Times of Malta) with writer/director/journalist Herman Grech after the performance on Friday 26th October at the Spazju Kreattiv Theatre.

Teatru Malta in co-production with Teatru Manoel are proudly collaborating with ŻfinMalta to commemorate 25 years since the death of beloved Maltese playwright Francis Ebejer. Boulevard written in 1964 dabbles with the absurd in order to challenge trad (1973, The Cliffhangers). The contemporary adaptation of Boulevard’s absurdity will be explored through the choreography of Paolo Mangiola and the direction of Toni Attard in a dance theatre performance by dancers from ŻfinMalta and guest actors co-creating on the same stage that premiered the original work.