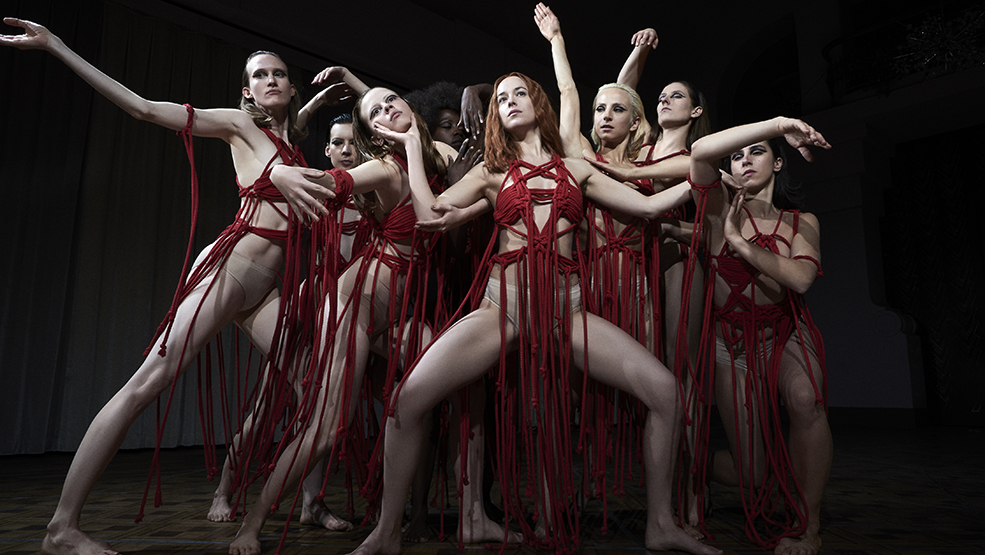 Young American dancer Susie Bannion (Dakota Johnson) arrives in 1970s Berlin to audition for the world renowned Helena Markos Dance Company, stunning the troupe’s famed choreographer, Madame Blanc (Tilda Swinton), with her raw talent. When she vaults to the role of lead dancer, Olga, the previous lead, breaks down and accuses the company’s female directors of being witches. As rehearsals intensify for the final performance of the company’s signature piece, Susie and Madame Blanc grow strangely close, suggesting that Susie’s purpose in the company goes beyond merely dancing. Meanwhile, an inquisitive psychotherapist (Lutz Ebersdorf)  trying to uncover the company’s dark secrets enlists the help of another dancer, who probes the depths of the studio’s hidden underground chambers, where horrific discoveries await.