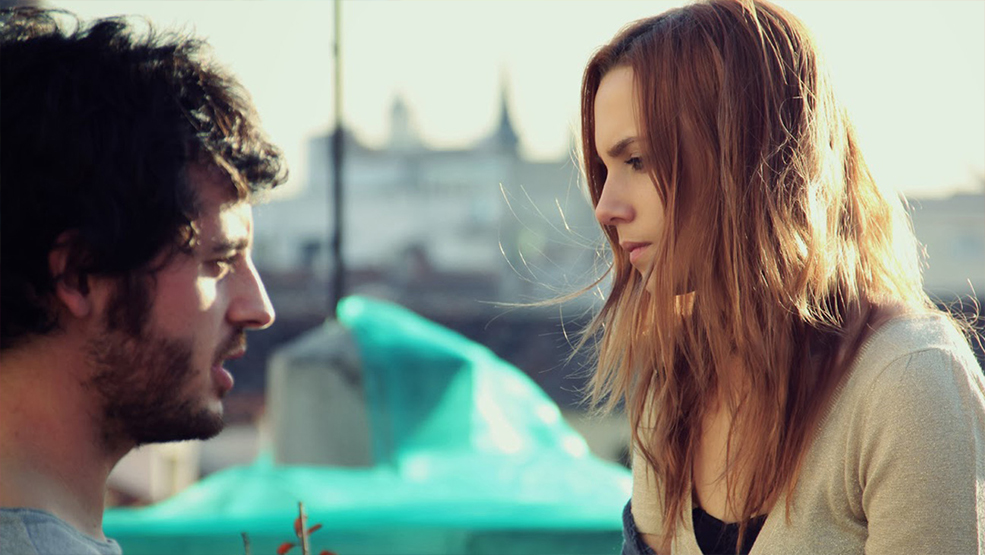 Stockholm is a tight, theatrical-style piece that plays with a simple plot and a dual perspective. The film starts with a stereotypical scenario where a guy tries to pick up a girl at a bar, and from there on out, begins to follow two abstractly named protagonists – He and She. The two begin several long and intriguing conversations which hook the viewer into expecting something more sinister; shot mostly between the glistening streets of Madrid at night, and the confines of a nightclub and an apartment, the film hovers between a simple one-night stand and a deeper mystery; it explores the perils of sudden infatuation, while investigating surface appearances, personality and reality as they are seen in the chiaroscuro of the night and the bright light of morning.