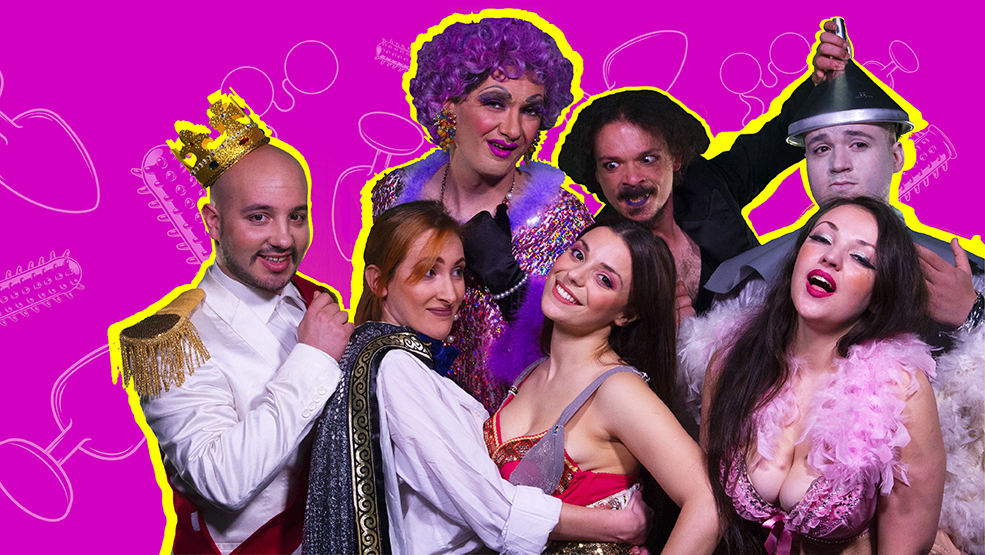 Cinderella, a sweet tale all about fairy godmothers, charming princes and how dreams can come true for good girls, right?

Sinderella is the sixth edition of the Adult Panto in Summer – the show that is naughty rather than nice, it is for grown-ups rather than kiddies and is in summer because, we can’t wait till Christmas!

And this year the Adult Panto team have switched the story around completely! Making Sinders a renegade hero who instead of waiting on her back for her Prince to come (ahem), takes on the baddest baddie ever in a battle to end them all!

It is a bona-fide feast of satire, but there is more! With the raunchiest, dame to ever be seen in any panto, this year’s show promises to pay homage to all those sexy adventures that so Maltese women get themselves into! (And perhaps wish they hadn’t)

Written and directed by Steve Hili (hot off his sold out “Never Mind The Backstop” stand-up comedy tour of the UK), and featuring some of Malta’s top comedy talent – James Ryder, Joseph Zammit, Naomi Knight, Kim Dalli, Undine Laverve, Rambert Attard, and Malcolm Galea as the  out-of-control dame, it is going to be mayhem!