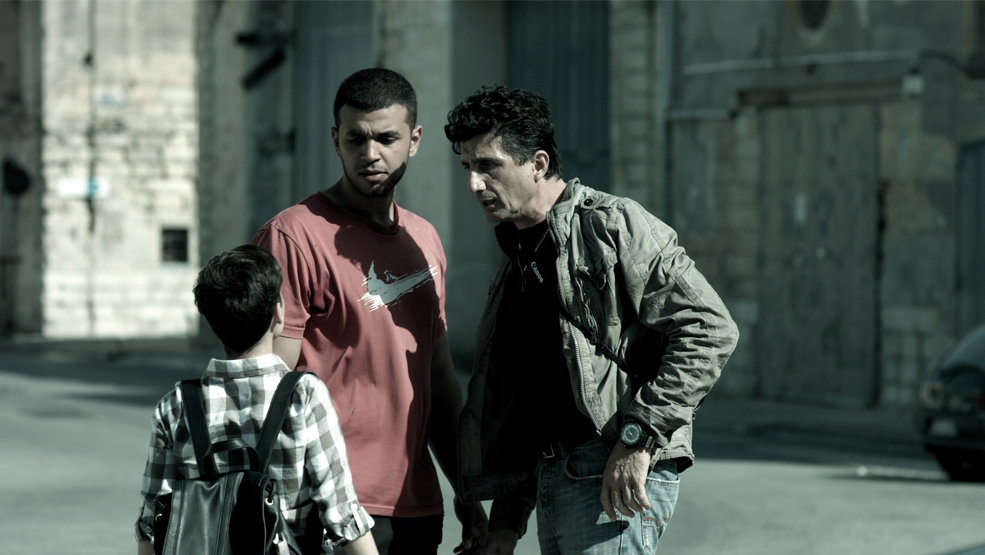 The Rima Film Festival returns for the 3rd edition with a showcase of films that reveal the diverse and subjective experience of exile and migration.

While many of the cinematic and media portrayals on migration that reach us primarily focus on the negative experiences of migration, the stories being told during this festival cleverly and beautifully touch on the temporal and subjective psychological questions that exile triggers. Importantly, almost all these stories are defined by the main storyteller – by those who have experienced exile.

The Film Festival is part of the events linked to the Rima exhibition to be [defined] that has been developed by Virginia Monteforte (curator), Kristina Borg (exhibition designer) and Alexandra Galitzine-Loumpet (cultural advisor), and features as part of the cultural programme of Valletta 2018, European Capital of Culture (Exile and Conflict strand). The Film Festival is also supported by UNHCR.

Marsapolis (2017, Malta, 10 mins)
A short film set in Marsa, Malta. Ibrahim, a young refugee in search of a reason, meets Catherine, the daughter of an immigrant looking for her roots. Introduced by the director Emmanuel Tut-Rah Farah. A small debate with the crew and the director will follow. Developed with the Rima Film grant.

Un gout sucre-salé (2018, Malta, 5 mins)
Catherine, a French Maltese photographer came to Malta to find out more about her father’s migration story to Malta after his recent passing. When exploring the Open Centre in Marsa, a village where her father learnt his trade, she befriends Yam, an African migrant who rides a bike to work. Introduced by Katel Delia, who also wrote the short story which inspired the script, and by the crew.

The following two films were produced during a video workshop at the Sudanese Migrant Association in Hamrun, Malta, conducted by Sabine Küper and Thomas Büsch as part of the Mahalla Festival.

Before this film there will be a short introduction by UNHCR representative to Malta, Mr Kahin Ismail, followed by a short video about their work.

The Order of the Things (2017, Drama, France, Italy, Tunisia 115 mins), by Andrea Segre |  TICKETS
Introduced by the assistant director Dagmawi Yimer and followed by a debate. Corrado, a policeman for the European task force in charge of immigration control, is on a field assignment in Libya. During a night patrol in the desert, he meets Swada, a young Somaliwoman who left her war-ravaged country in order to try and reach Europe. Corrado gives her something to eat and drink before she resumes her journey. But their destinies are now linked, and Corrado will soon find himself faced with a choice: respect his orders and the law, or save Swada’s life.

Tout le Monde Aime le Bord de la mer (2016, Netherlands, 18 mins), by Keina Espinera
A group of men are waiting at the fringes of a coastal woodland for the journey to Europe, in limbo between time and place. A film is shot there with the men playing themselves. Fiction and documentary constantly intertwine. Myths from the colonial past collide with dreams of a better future in the former oppressor’s country.

Summertime (2007, Italy, 15 mins), by Marcella Vanzo
Introduced by the director and followed by a debate. In a cross between cinema and MTV, glimpses of ships, sun, sea accompany images of the protagonists of these parallel movements: colourful, bikini-clad masses in search of an exclusive holiday in the Mediterranean, and dark, composed, silent groups crossing the Mediterranean in order to survive. The video opens and closes with shots of wrecked boats: elevated to the status of monuments in the most beautiful bay on Zákynthos, confiscated and heaped up on top of each other in a hidden corner of Lampedusa.

A Dysfunctional Cat (2018, Drama, Germany, 93 mins), by Susan Gordanshekan |  TICKETS
Mina’s family has introduced her to few potential husbands in Iran. She has rejected them all until she meets Kian, a surgeon who has travelled from Germany in search of a wife. It’s not love at first sight, but the seduction of life in Europe that makes her consent. In his mid-thirties Kian is desperate for a wife to make his life appear complete. He takes his new bride back home, but marriage to a virtual stranger is more difficult than they imagined.