Refugee Week Malta will be happening for the first time locally from Monday 20th June to Sunday 26th June 2022. Forming part of a global movement, this festival is designed to share the contributions, creativity and resilience of refugees through arts, community and cultural activities across the island.  The producers Dance Beyond Borders are adopting a grass roots approach to develop the festival, networking with people within the community to collaborate towards strengthening a more holistic community.

The theme for this year’s festival is Healing: recognising the human’s ability to start again. Refugee Week aims to create spaces for us to connect beyond labels and inspire a culture of care amongst all who live in Malta and Gozo. Responding to this year’s theme, the film programme features films that engage with the notion of ‘healing’ in different ways; the feature Farewell Amor by Ekwa Msangi and two shorts, by Karrar Al-Azzawi and Mohamed Ali (Dali) Aguerbi. Each film will invite an introspection into the topics of human displacement, how people cope with being away from their loved ones, and how Hope helps to cope in harsh times.

Our thanks to the filmmakers and producers who generously agreed to make their films available for the Refugee Week 2022.  The festival has been endorsed by Counterpoints Arts, the coordinators of Refugee Week UK, and is generously supported by: Arts Council Malta; Association for Justice, Equality and Peace; and Medina Asset Management. 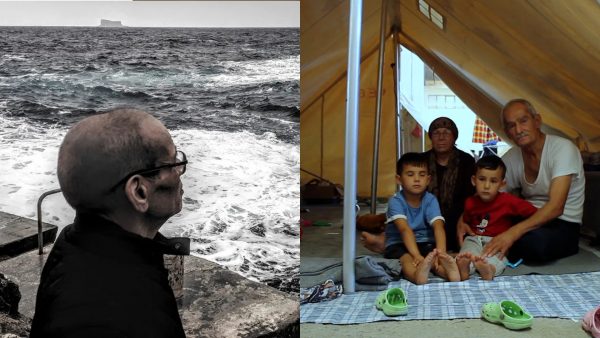 Just Crumbs and Don’t forget me  – plus Q&A

An evening of films and conversation with Mohamed Ali (Dali) Aguerbi and Karrar Al-Azzawi with a Q&A hosted by Sarah Chircop. The films presented will be Just Crumbs and Don’t forget me .

Just Crumbs (2016) is a short film by Karrar Al-Azzawi, created during his stay in a refugee camp in Greece. Karrar invites the audience to an intimate perspective about the daily life in refugee camps, through the eyes of the children who live here. We join the children in the harsh conditions to witness their stories, feelings, and experiences. Despite their stolen childhood, their hope and love for life shines through. They are survivors of war, an unruly sea crossing, closed borders and a camp guarded by the Greek Army. Their hope keeps them clinging to life in order to continue to survive and preserve the last remnants of their childhood and innocent dreams.  The children are telling us how, in their own unique way – without filter – what it is like to be a refugee.

Don’t forget me is a video performance based on the topics of borders, family, asylum, inequality, xenophobia, and LGBTIQ+ rights. This is a contemporary dance performance, as well as an open letter from the artist to his father who starts experiencing symptoms of Alzheimer’s disease. Through movements and words, the artist expresses his fear of being forgotten by his father. The performance creates a space of sharing as a process of healing to the community as well as presents an opportunity to the public to dive into part of the daily thought of a refugee. This film is conceived by Dali Agrebi, a performer and LGBTQI Activist with established roots in the local arts scene. 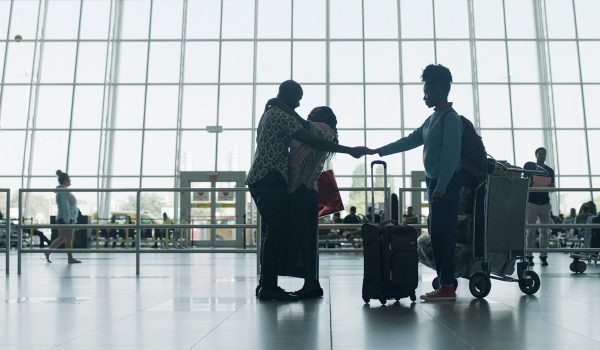 After 17 years apart, Angolan immigrant Walter is joined in the U.S. by his wife and teen daughter. Now absolute strangers sharing a one bedroom Brooklyn apartment, they struggle to overcome the emotional distance between them. Walter is trying to let go of a previous relationship while his wife Esther struggles with a new country, culture and a husband who seems distant. Their daughter Sylvia is a dancer just like her father, and while she also finds her new life difficult, she bravely starts to explore the city and show herself through dance. The film is both a universal immigrant story and the unique perspective of three characters bound together by history and hope. It is an intimate and deeply personal look at an inter-generational tale that has defined America since its inception.