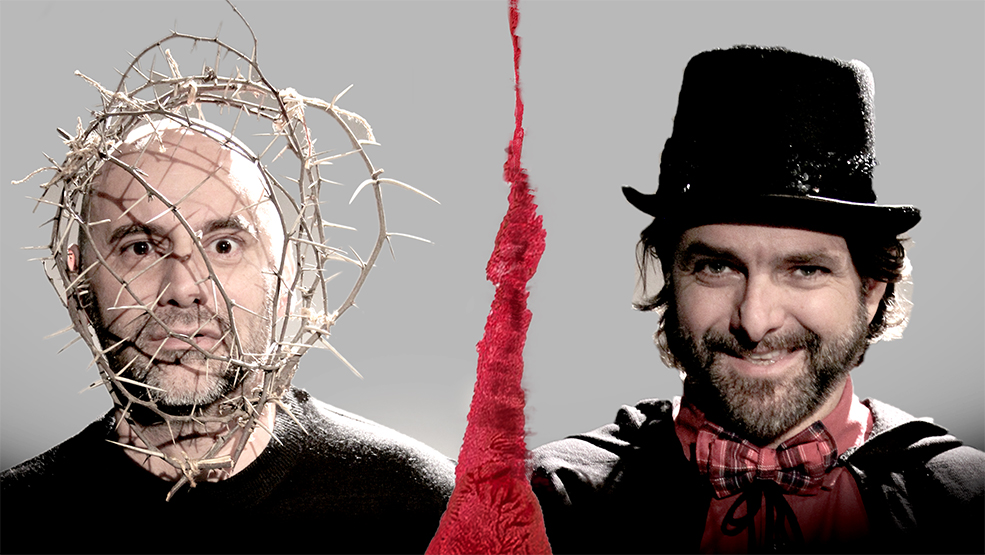 In light of the most recent developments, it has been decided that the play Vari is cancelled.
This is being done to safeguard the health and safety of our staff and patrons which is our number one priority.

Vari – Lilek Nafek Xi Mkien – is a theatrical production that takes one on a dark journey where childhood fears intertwine with the pains of adulthood; where the sacred transforms into the macabre, and no redemptive blood spills from Christ’s lance wound. But is all this just a childhood fantasy or a terrifying reality? Who is this mysterious character that constantly appears and disappears … in every single dream … sometimes masquerading as a doctor helping to bear the crucifix’s heaviness … at other times a sexton carrying a purple mantle and blood-soaked crown of thorns?

This is a stage adaptation of the short story “Vari” written by Trevor Zahra which forms part of a larger collection entitled “Lubien” published in 1995. This short story is also included in “Xemghat”, a text being studied by students of Maltese at Advanced Level