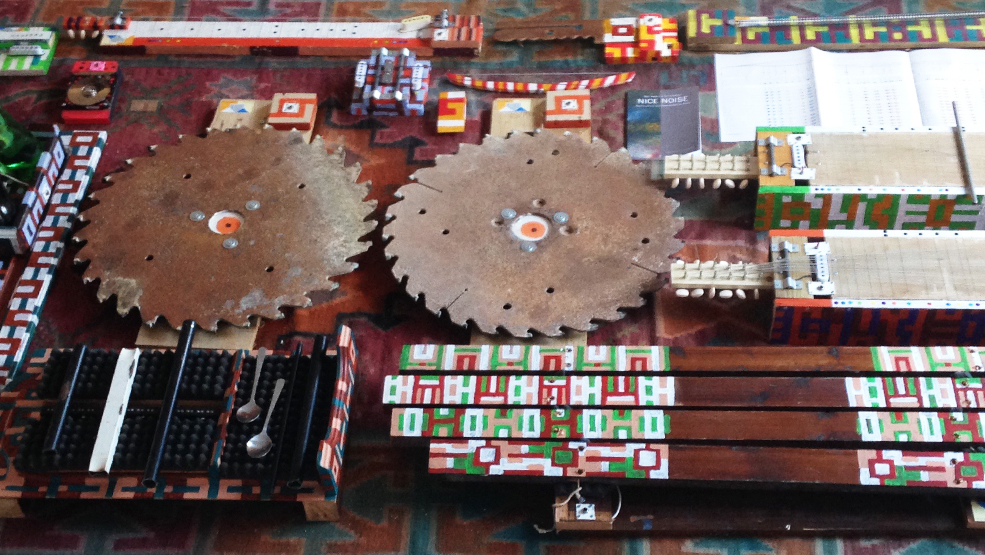 Following Yuri Landman’s successful residency, Spazju Kreattiv will be giving you the opportunity to participate in an open Jam Lab where you can create sound and jam with the recently created Yuri Landman instruments.

Participants are also encouraged to team up and practice playing the instruments as well as rehearse possible pieces on the 18th, 19th and 20th January 2017.

For participation and more information, kindly contact us on spazju@kreattivita.org with the following details per participant:

Yuri Landman (1973) is a musician and an inventor of musical instruments. Based on prepared guitar techniques, he built his first instrument in 2001 to solve the inaccuracy of instant preparations. He has built experimental instruments for acts such as Sonic Youth, dEUS, Melt-Banana and others.

Over the past seven years he has given over hundred DIY-instrument building workshops at music festivals, music academies, art academies, concert venues and art spaces.