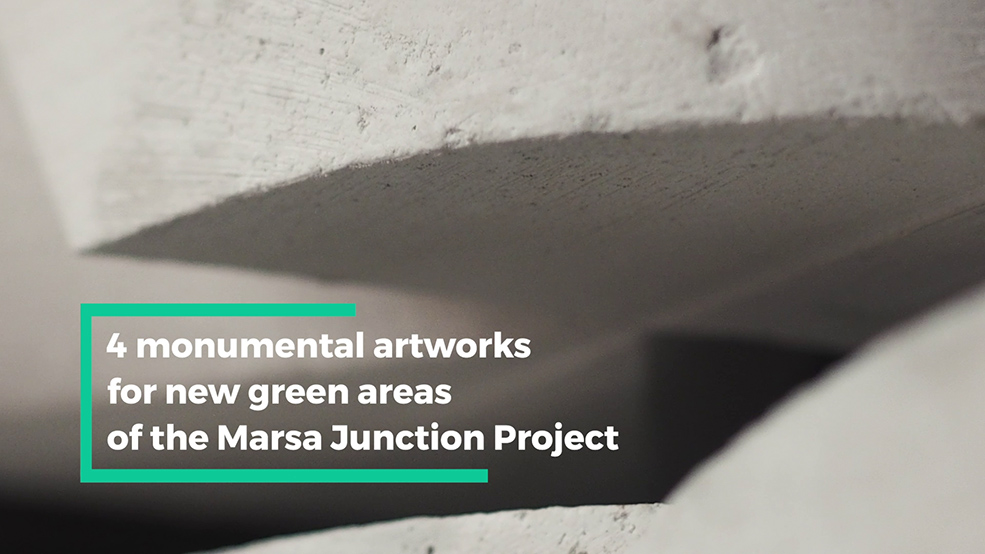 The selected artworks of the Marsa Junction Project Public Art Competition are (in alphabetical order by participant surname or company name) The Creation of Man, by Haak Studio, an architectural firm based in Cluj-Napocia, Romania, Tisliba, by Gozitan-born ceramics artist Paul Haber, Sema by I+A Limited, a collective of architects, artists and technologists from Malta and Tipping Point, by Alex Welch, a metal artist from Limassol, Cyprus.

The designs of these works of art were chosen out of 56 proposals received in response to an international call for artworks launched by Infrastructure Malta in collaboration with Spazju Kreattiv last March. Thirty-six participants from Malta and six other countries, including Cyprus, Italy, Romania, Spain, USA and Venezuela, entered the competition by submitting one or more designs.

A panel of artists and other stakeholders reviewed all proposals to choose the four most suitable artworks for the Marsa Junction Project site. The high level of participation and the remarkable quality of many of the artworks proposed made this process more challenging than expected, as the selection panel spent several weeks analysing the artistic merit and technical specifications of each design.