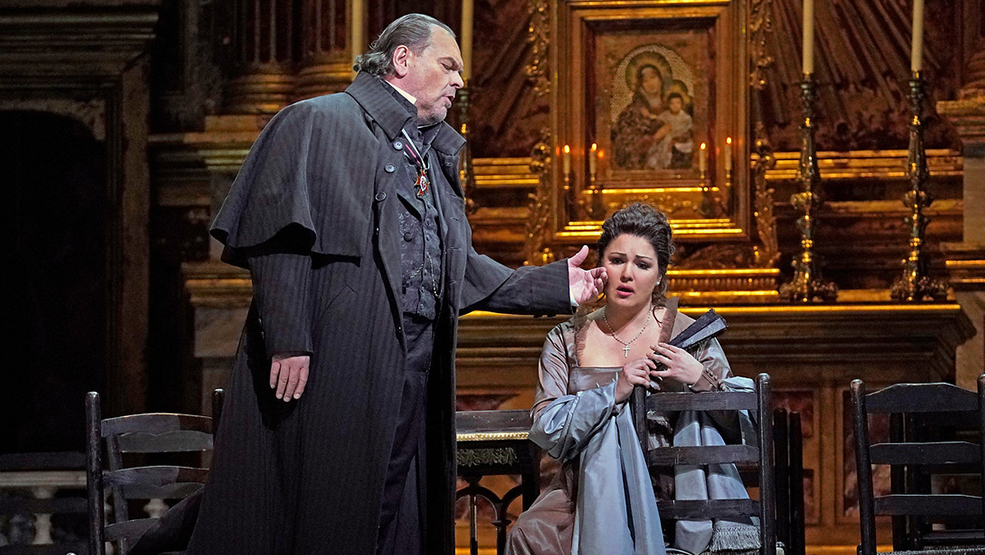 Patrons are invited to join MET’s initiative of the ‘Nightly Met Opera Streams’  with the past productions available online.

Sir David McVicar’s bold staging of Puccini’s operatic thriller returns to the Live in HD series after its acclaimed broadcast in 2017. This time, star soprano Anna Netrebko is the passionate title diva, opposite Brian Jagde as her lover, the idealistic painter Mario Cavaradossi. Michael Volle is the menacing Baron Scarpia, the evil chief of police. Bertrand de Billy conducts the electrifying score, which features some of Puccini’s most memorable melodies.