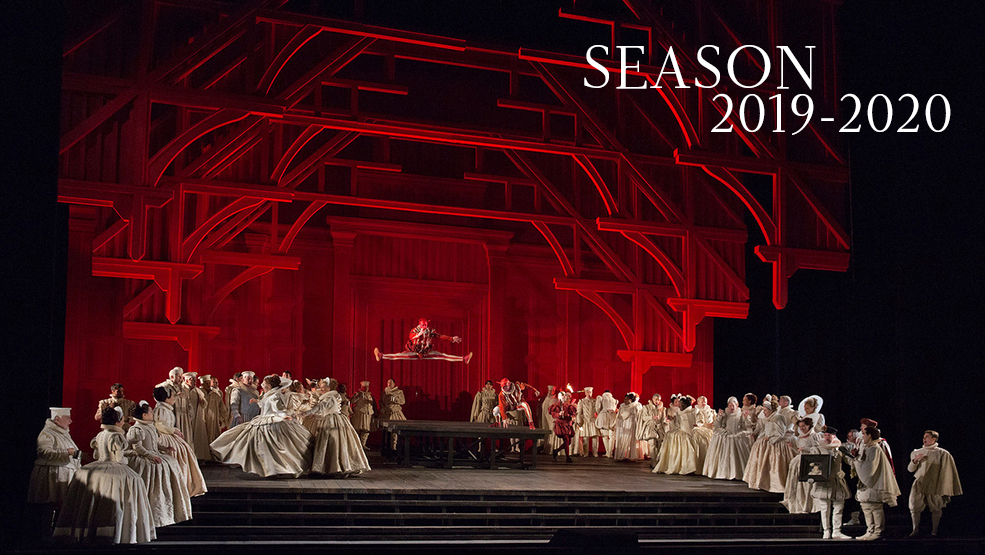 Patrons are invited to join MET’s initiative of the ‘Nightly Met Opera Streams’  with the past productions available online.

Donizetti’s drama, focused on the political and personal rivalry between two queens, returns to the Met with Diana Damrau as the doomed Mary, Queen of Scots, and Jamie Barton as her rival, Queen Elizabeth I. Stephen Costello sings the role of Mary’s lover, Leicester; Andrzej Filończyk is the chancellor Cecil; and Michele Pertusisings the Earl Talbot.  Maurizio Benini conducts Sir David McVicar’s sweeping production.