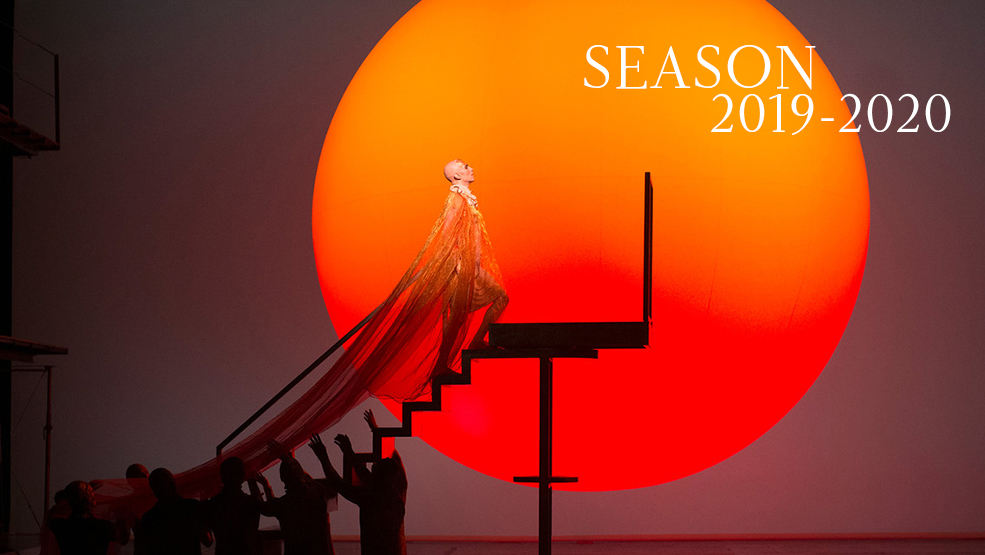 Phelim McDermott, whose productions include the hugely successful Satyagraha by Philip Glass, returns to the Met with a new staging of Glass’s Akhnaten, conducted by Karen Kamensek in her Met debut. Anthony Roth Costanzo sings the title role of the Egyptian pharaoh who attempted to inspire his people to adopt a new religion, abandoning the worship of the old gods for that of a single deity. In her Met debut, J’Nai Bridges sings the role of Nefertiti, Akhnaten’s bride, and Dísella Lárusdóttir is Queen Tye, the pharaoh’s mother. One of the staging’s distinctive visual features is provided by the Gandini Juggling Company, whose movements are perfectly choreographed with the orchestral score. This production of Akhnaten was originally created by LA Opera, Improbable, and English National Opera, where it premiered, winning the 2017 Olivier Award for Best New Opera Production.