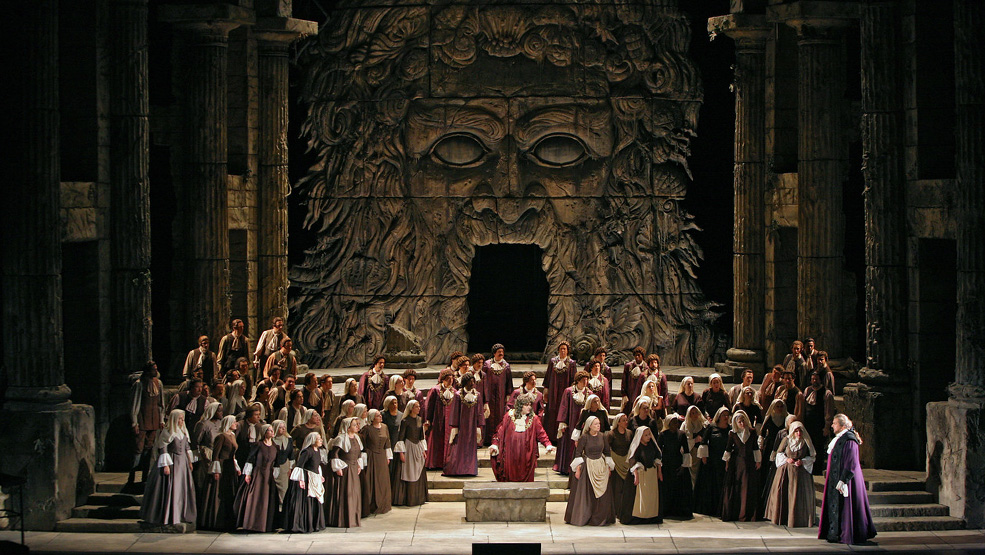 “To win applause one must write stuff so simple that a coachman might sing it.”
Wolfgang Amadeus Mozart

Set on the island of Crete in the aftermath of the trojan War, in an era reflecting the confusion of a post-traumatic historical moment, the tales of such time have provided fertile grounds for operatic production, including Mozart’s Idomeneo. Indeed, like many stories from Greek myth, Idomeneo explores the motivations and emotions of humans whose fates seem beyond their own control.

The superb ensemble cast for the opera includes Matthew Polenzani as the king torn by a rash vow; mezzo-soprano Alice Coote in the trouser role of his noble son Idamante; soprano Nadine Sierra as Ilia; and soprano Elza van den Heever as the volatile Elettra, who loves Idamante ot the bounds of madness.

Note on ticket prices:
Make the best of our full season tickets currently on sale:
For all LIVE performances or first screenings: €145.00
For all ENCORE screenings: €120.00