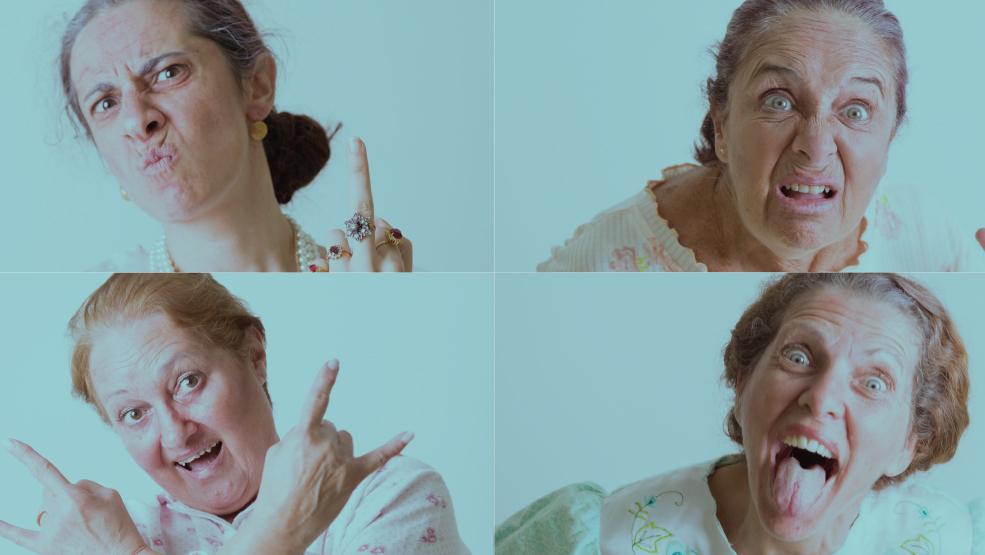 The new production by Alfred Buttigieg, Mela Hawn xi Manikomju? follows the humours and mannerisms of four elderly characters in the room of a Maltese geriatric ward. But these four elderly women would not quite tick the box of the stereotypical sweet, kindly, rosary-bead-fingering, moralising bunch who spend most of their time praying and reminiscing. No, they are the ‘merry-company’ of elderlies who reek of criticism and protest at the very first sliver of emotional, personal and physical discomfort.

With the flamboyant, vitriol-tongued Lina who rages at her inability to walk, while indulging in her one remaining pleasure in life – smoking; Gerit’s resentment at her body’s frailty voiced through the absurd demands and vocal complaints addressed to the nurses, the hospital and the state; the abandoned Mena, who escapes her predicament through dementia, eternally packing her little suitcase in readiness for the relatives who will never come; and Guzeppa, who struggles to confront reality, and ask for the only thing which could heal a broken heart – the forgiveness of her son. And  in the midst of it all, the nurse and nursing aide try to keep up with all four patients, soothing them as best they can.

Of course, all this, in a day’s work. Wonderful.