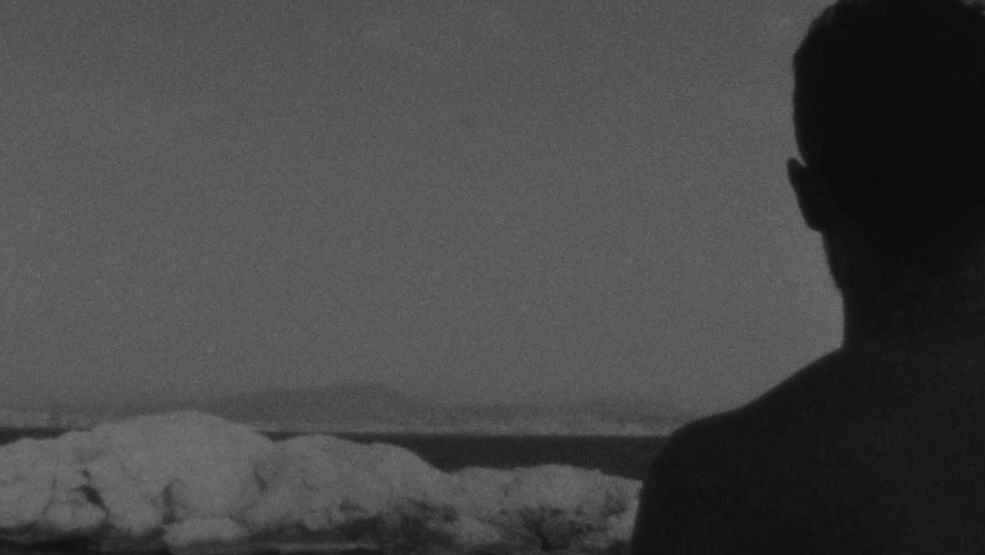 A work poised between dream and reality in which anyone can recognize himself.”
(Juliet Contemporary Art Magazine on the film Lampedusa)

Members of the artistic collective Nusquam Productions present and discuss their short film Lampedusa (2015) as well as their current collaborative creative project in Malta, “Nothing is More Real than Solid Land,” which is supported by Spazju Kreattiv and The Valletta 2018 Foundation.

Drawing inspiration from the publication Il n’est rien de plus réel que la terre ferme (2013), a collection of fictional and historical texts about the island of Ferdinandea, Philip Cartelli and Mariangela Ciccarello’s short film weaves a narrative around the eccentric history of this volcanic island. Their intriguing short film is assembled out of a variety of real historical reports, combining high definition colour and Super 8mm “black-and-white” footage to create a piece suspended between documentary and fiction, dream and reality, past and present.

Having been shot in various Mediterranean locations, the production explores the connection between the contemporary Mediterranean and its nineteenth century counterpart, and chronicles the heated territorial dispute which ensued after the eruption of this volcanic island off the southern coast of Sicily in 1831.

Lampedusa premiered at the Festival del film Locarno and has since screened at a variety of international festivals and contemporary art venues. In 2016, the film received the Wild Dreamer Award at the Subversive Film Festival in Zagreb, Croatia.