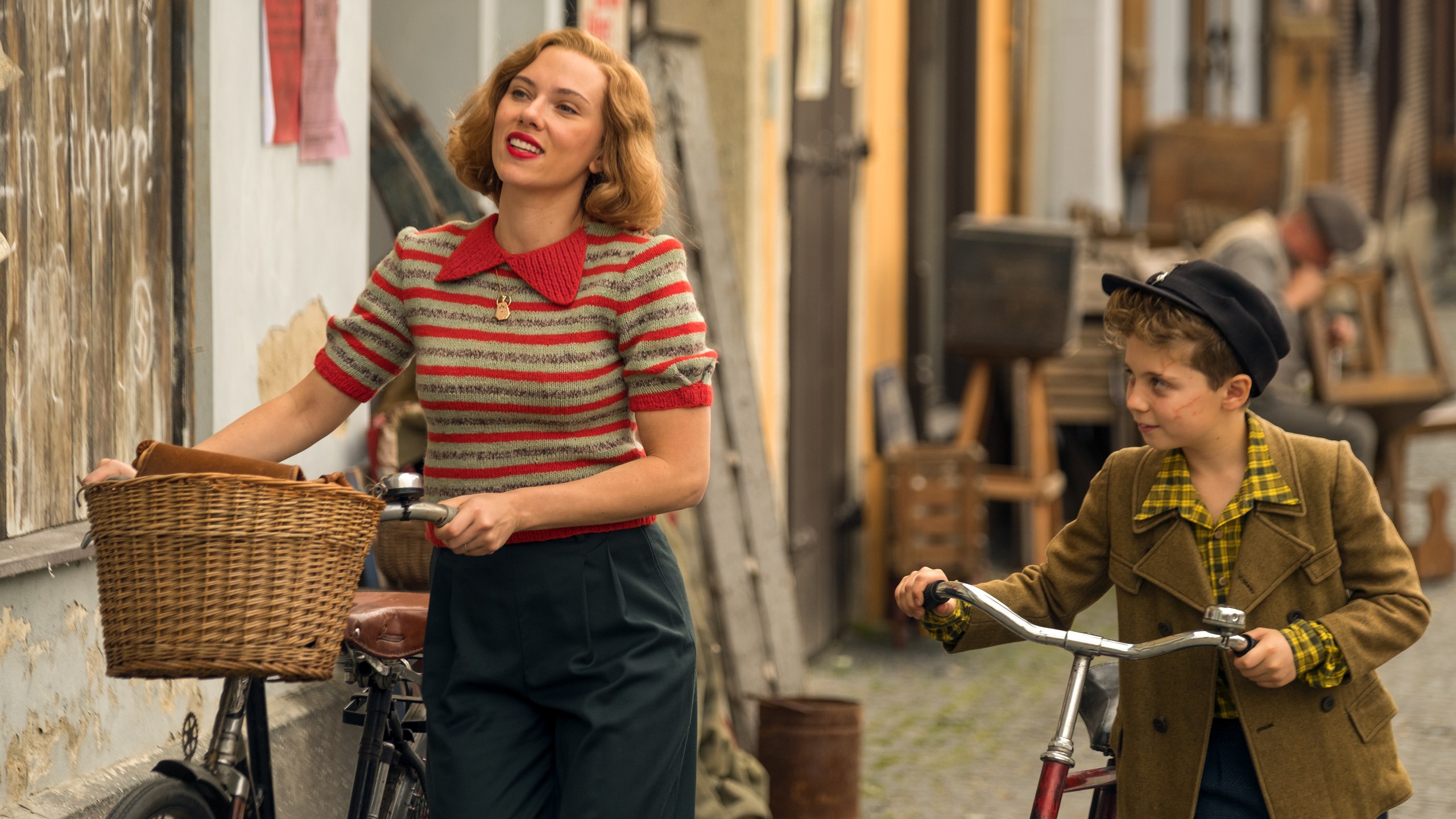 Writer director Taika Waititi HUNT FOR THE WILDERPEOPLE), brings his signature style of humor
and pathos to his latest film, Jojo Rabbit, a World War II satire that follows a lonely German boy
(Roman Griffin Davis as Jojo) whose world view is turned upside down when he discovers his single
mother (Scarlett Johansson) is hiding a young Jewish girl (Thomasin McKenzie) in their attic. Aided
only by his idiotic imaginary friend, Adolf Hitler (Taika Waititi), Jojo must confront his blind
nationalism.
Jojo Rabbit with a screenplay by and directed by Taika Waititi is based upon the book Caging Skies by
Christine Leunens and stars Roman Griffin Davis, Thomasin McKenzie, Taika Waititi, Rebel Wilson,
Stephen Merchant, Alfie Allen, with Sam Rockwell and Scarlett Johansson.