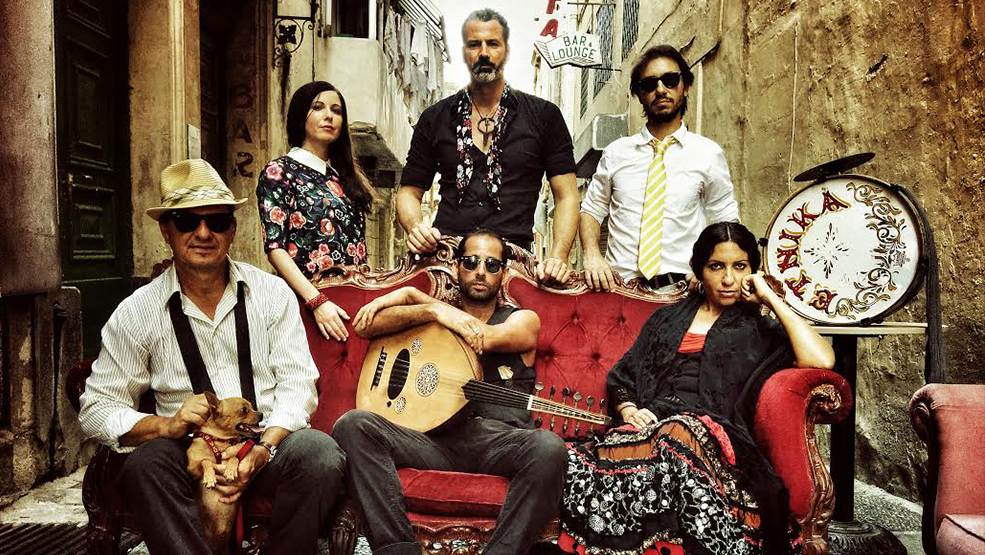 From the cultural programme of the IFACCA and ALF Summit 2016

This event is being held for the members of the IFACCA and is not open for the general public.

Some fifteen years ago a small but enthusiastic group of friends in Malta succeeded in achieving the unachievable: to almost single-handedly bring the roots of the Maltese music genre back to the surface. The group that was later to be called Etnika, followed a trail of fascinating archival and field research, unearthing and rescuing long forgotten instruments, exotic melodies and musical genres creating unlikely, yet irresistable, enchanting music which challenged people’s perception of their own musical identity. Etnika was thus, turned to an instant success.

After a long hiatus, Etnika is now back with a six-piece band whose quirky setup is perhaps, somewhat acute: from the oud and biambo (or harp), the Maltese flute and flamenco footwork, to the double bass and, of course, Maltese lullabies – their enchanting melancholy echoes over complex rhythms, as old Maltese instruments find their way into the sizzling current soundscape on a fascinating musical journey of Malta and the Mediterranean.

Expect a few detours. Expect a few surprises. This a port-cabaret band with a steading, beating heart.