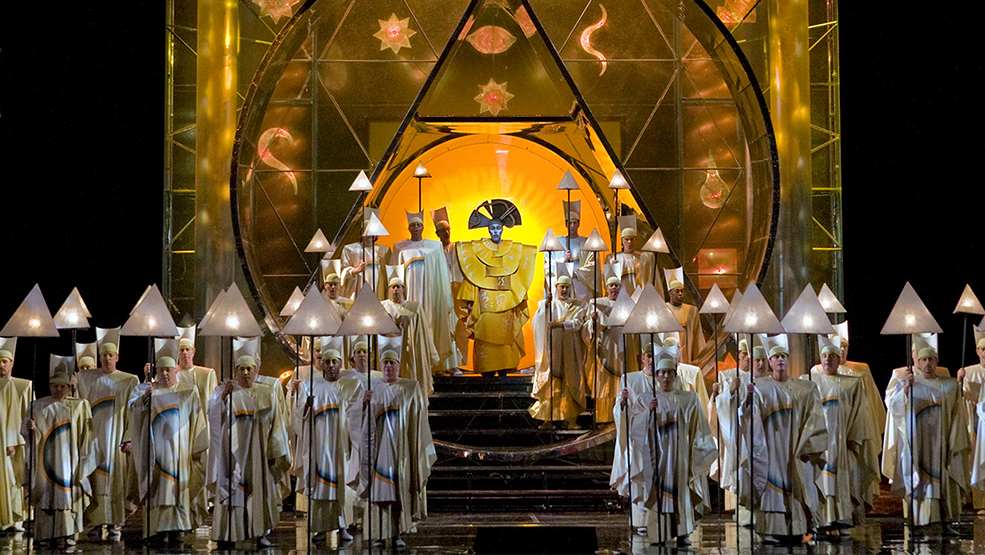 Die Zauberflöte—a sublime fairy tale that moves freely between earthy comedy and noble mysticism. The story is told in a Singspiel (“song-play”) format characterized by separate musical numbers connected by dialogue and stage activity, an excellent structure for navigating the diverse moods, ranging from solemn to lighthearted, of the story and score.

The composer and the librettist were both Freemasons—the fraternal order whose membership is held together by shared moral and metaphysical ideals—and Masonic imagery is used throughout the work. The story, however, is as universal as any fairy tale.