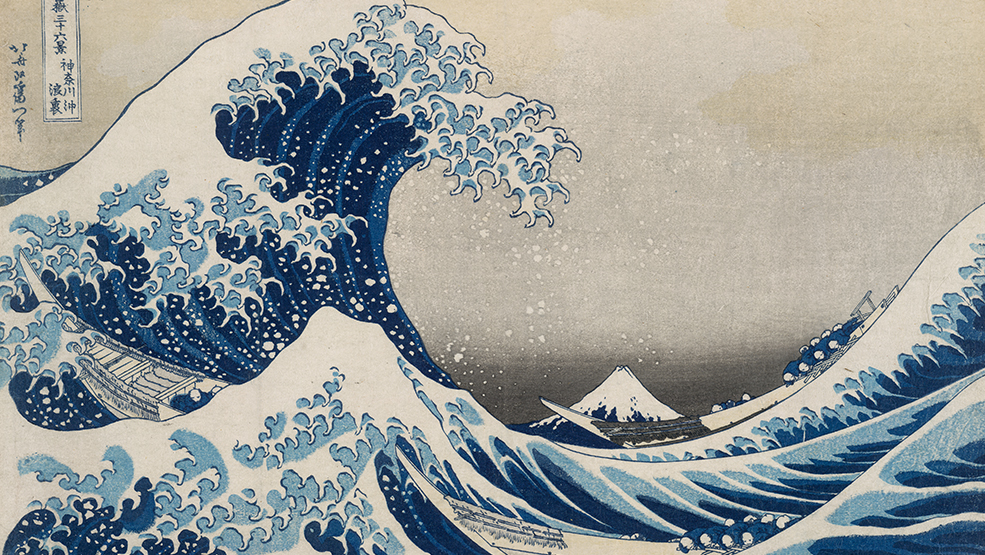 The British Museum presents an exclusive preview of its forthcoming exhibition, Hokusai: Beyond the Great Wave, in the form of a groundbreaking documentary.

This fascinating filmic analysis is based on the life, work and times of the Japanese artist Katsushika Hokusai, who is probably best known for his iconic woodblock print, The Great Wave off Kanagawa. Hokusai has been a great influence on canonical Impressionists such as Monet and Van Gogh, and is equally renowned in the field of popular culture – where he’s the only artist to boast his own emoji and is often referred to as the father of manga. And this dual mantle suits the artist well; Hokusai was well-known for his profound love of art, his tireless search for new artistic directions, as well as the art of self-promotion. In this light, Hokusai’s vision still has much to offer in dialogues regarding the role of the artist in contemporary culture.

Using pioneering 8K video technology shot in Japan and the UK, this companion documentary to the British Museum’s upcoming exhibition explores the paitings, prints and influences of one of Japan’s greatest artists against the backdrop of the bustling city of Edo, now known as Tokyo.